Jurisdiction selection is one of the most important decisions a gold investor ever makes.

The strategic evaluation of a jurisdiction is not as simple as reading the protections written into the laws of a nation. Rather it is a totality of factors, taken together, that determine whether one country can be considered “more safe” or “less safe” than another as a place to ensure that wealth is protected.

In this article, we make the case as to why Australia is one of the safest places for investors as we comment on important legal, economic and geostrategic considerations.

The top considerations are the elements comprising a country’s legal traditions and history. These can include the following:

The Property Rights Alliance (PRA) is a leading independent research and advocacy firm that analyses countries’ property rights. They evaluate each of the factors listed above across 129 countries representing 98% of the world’s GDP. Their International Property Rights Index (IPRI) is the global benchmark for comparing property rights protections. The IPRI 2020 Index assigns the following ratings (a few country examples):

Australia’s 2020 IPRI score is 8.36, the sixth-highest of any nation. Australia is an English Common Law country. English Common Law is a legal tradition that is considered to be the world’s strongest with its origin in The Magna Carta of 1288. Owning property has formed the basis for much of the nation’s prosperity.

Beyond property rights, governments with comparatively sound finances and prospects are likely to be less motivated to find ways to appropriate the wealth of their citizenry over time. In other words, we can expect more stability in rules and taxes. Looking forward, factors that could be considered include:

It has played an important role in the nation’s history (in the link above Overseas Students are in the #4 spot but that ranking has changed with the travel bans). Australia is considered to be the world’s top producer of gold. Comparisons with production rival China are difficult, however, because China does not permit any gold exports and data may be unreliable.

In the pre-crisis period Australia earned its “Lucky Country” nickname by producing an unrivaled 28 continuous years in a row without a recession. This is particularly notable because that period included the worst of the GFC. Through the crisis period, the nation’s balance of payments position has remained positive, with steady capital account surpluses.

Australia’s export performance in the recent crisis period has been steady because of strong demand for the country’s energy, raw material, agricultural, and monetary products. In addition, generalised price inflation has kept the prices of these export commodities elevated. As the chart below shows, Australian exports have recently reached an all-time high: 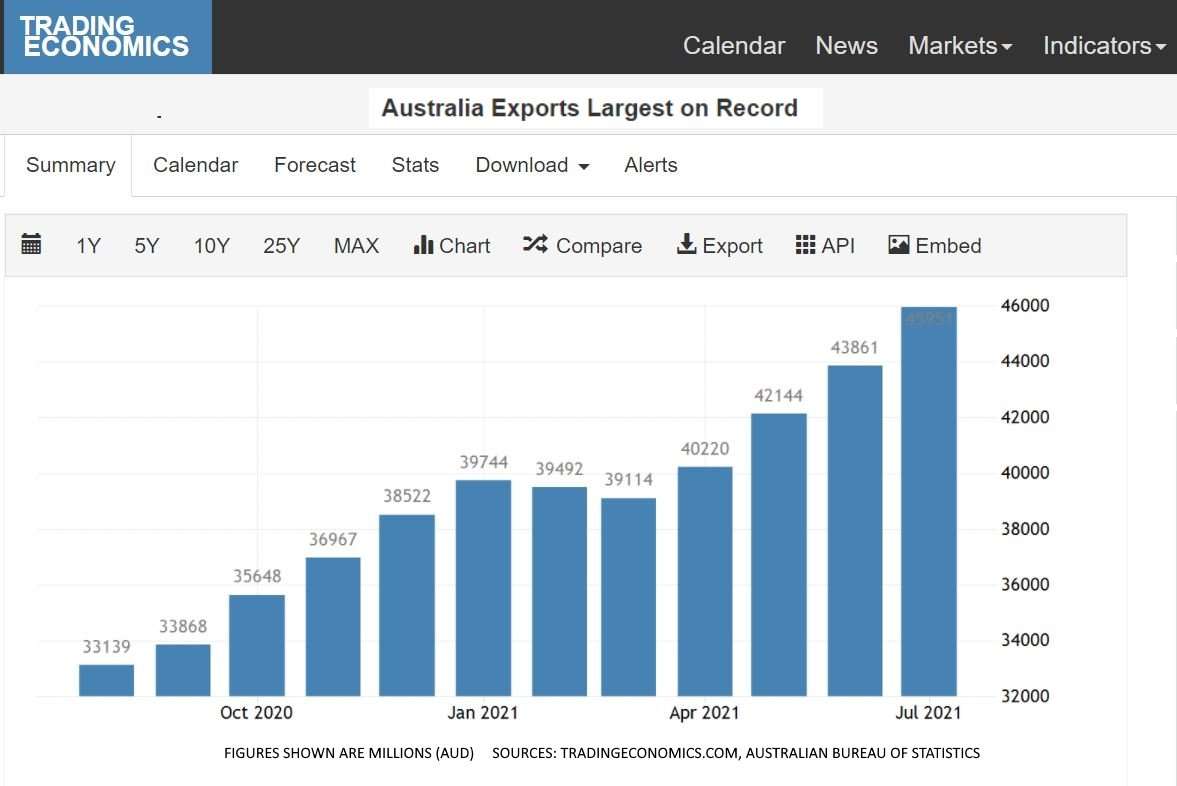 The article below discusses how Australia’s debt-to-GDP has risen recently to 28%. By comparison, however, this debt-to-GDP level would be the envy of almost every other country: 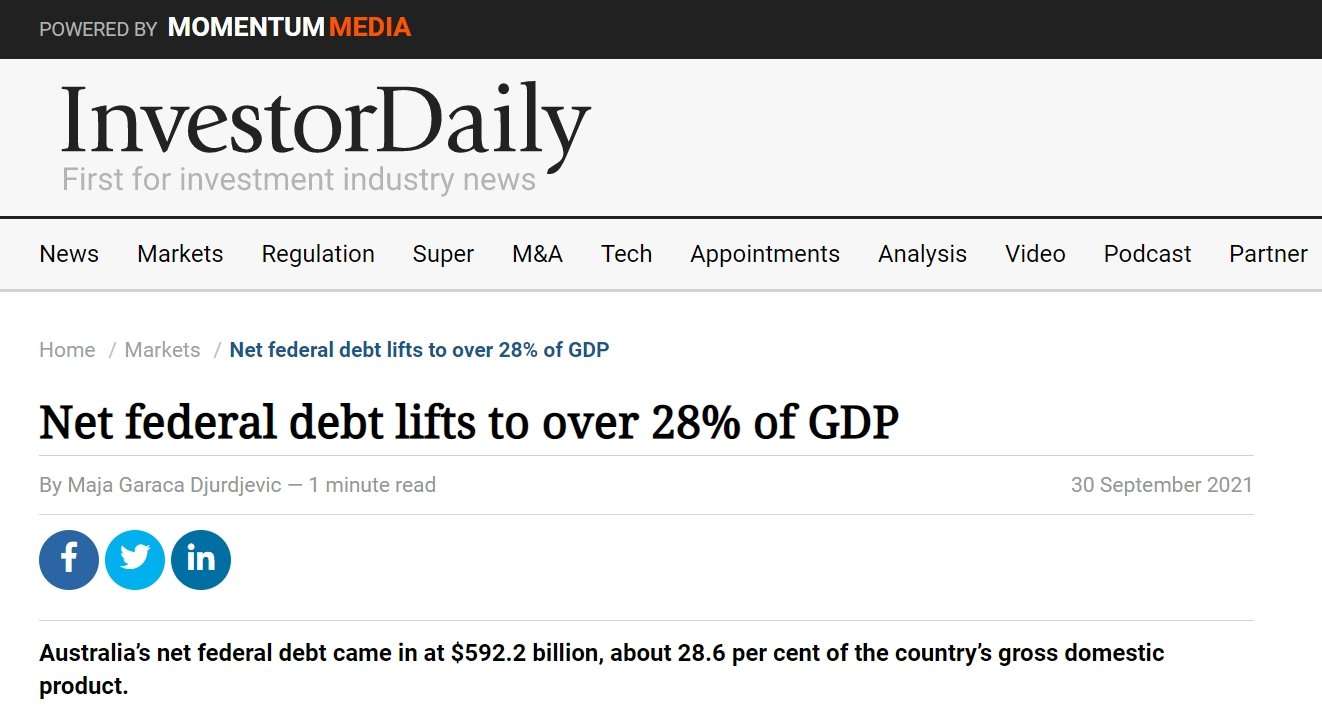 The US is at 130% debt-to-GDP with a debt crisis looming. Outlier Japan is at debt-to-GDP of 224% although most of it is owed to its own citizens and domestic institutions. Also for comparison, the average debt-to-GDP of the 38 OECD member countries is currently estimated at 90%.

On the household front, Australians have elevated personal debt levels (in line with countries like Denmark). Australians, however, also have the second-highest median per capita net wealth in the world. This has helped foster high levels of social cohesion:

Lastly, the world can be a dangerous place and the potential for conflict always exists. The island continent of Australia presents a number of geostrategic advantages in this regard. These include its size, its global position, the distances and difficulty of its terrain, its open access to sea lanes, self-sufficiency in food and energy, and major long-term alliances.

These factors can be considered to affect overall judgments. Although Australia and Japan share the same IPRI score of 8.36, for example, Australia’s balance sheet is dramatically better than Japan’s. In addition, Japan’s proximity to North Korea and the Straits of Taiwan introduces the possibility of very unfavourable conflict-related outcomes.

Only by considering the full legal, economic, and strategic factors can investors get the overall picture of a country’s asset safety profile.

The world is currently in the midst of its worst sovereign debt crisis in a century, multi-polar realignments are taking place from NATO to Eurasia, and refugee crises are at new highs.

Investors analysing risks must take a moment to think the unthinkable and consider different “worst case scenarios” as they seek to defend their wealth.

On a comparative basis, when the factors above are tallied up, we at Rush Gold believe that Australia will continue to present some of the best jurisdictional risk/reward characteristics of any nation for the foreseeable future.