Why gold? Because oil.

Follow along as we make the case for substantially higher gold prices in the coming years, propelled by large macroeconomic forces and investment realities.

Clue one: oil demand is as strong as ever

It looks increasingly like we may have passed the era of “Peak Cheap Oil”. The only major addition to global supply in recent years has been US shale oil since 2014, and that flow is now tapering off rapidly. New global oil discoveries peaked in 1962, and the big, old OPEC fields are declining.

In addition to these supply issues, pressure on oil producers from huge new green mandates looks to intensify.

Clue three: the price of oil is rising

Oil has been swept up in the generalised price inflation caused by the unprecedented trillions in stimulus payments made by governments attempting to replace the income lost by entire swathes of their economies, brought to a standstill by lockdowns.

The chart below shows how oil prices, while volatile, have been trending upward:

What does any of this have to do with gold?

The countries and regions representing the majority of world economic output (including the Eurozone and Japan) import almost all of their oil. To do this they must have an asset on their books they can pay for it with. Since the end of the gold standard, however, the primary global reserve asset held by nations has been the ten-year US Treasury bond.

To understand why this now puts the oil-importing nations in an existential bind, imagine for a moment you are Taro Aso, Chief Finance Minister of Japan: 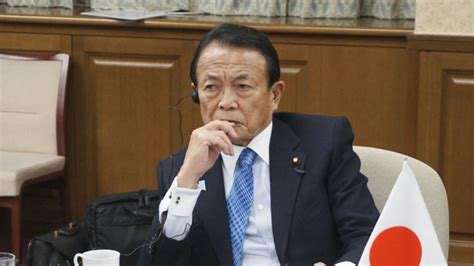 You watch the rising price of the irreplaceable commodity Japan must have, in order to keep from reverting to the Stone Age, with alarm. Since Japan is also a big food-importing nation, you are extremely worried about the 31% rise in food prices in the last 12 months.

You then glance over at the money you have been making these critical ongoing purchases with: US Treasury bonds that are currently losing 4.21% of their value each year (nominal yield of 1.19% minus inflation of 5.4%). You ask yourself, what else can I buy that can keep up with the prices of oil and food?

The answer must be:

As a creditor nation, you have the funds to continue doing what you have been doing (buying US Treasuries), thereby continuing to bleed out your nation’s wealth. It doesn’t help that the issuer of those bonds has now surpassed the point of no return that no nation in history except Japan has ever recovered from and remained solvent (100% debt-to-GDP-ratio, with the US currently at 130% and rising fast).

Alternatively, you could buy shares, but at $434 billion the Japanese central bank is already the largest domestic owner of shares in the country (surpassing even the Japanese Government Pension Fund’s holdings).

So it appears to us that the honourable Mr Aso (and the finance ministers of the other oil-importing nations) may arrive at the golden solution soon enough.

Is Thailand the start of a trend?

Thailand is another oil-importing nation that will come to a standstill unless they have an asset that can keep pace with the price of oil.

According to The International Monetary Fund, they purchased a stunning 90 tonnes of gold in April and May of this year. A move that should help them maintain access to the things they must have in order to keep their lights on and their economy going.

So oil, and the way countries pay for it, may be the canaries signalling that gold will soon follow in a big way. Meaning that today, individual investors have the chance to take advantage of macroeconomic tailwinds driven by the largest pools of capital in the world. To maintain the standard of living we all need to keep going in these unprecedented times.

At Rush Gold, we aim to be the place you can get both the big picture knowledge and the precious metal you need to help you keep on keeping on.

Ensuring you get the full benefit of gold ownership

When an investment asset has successfully protected wealth across 4,000 years of human history it is important to understand precisely…

What type of gold buyer are you?

Wondering why you should rush to gold?  We built Rush Gold to democratise access to gold and make it easily…